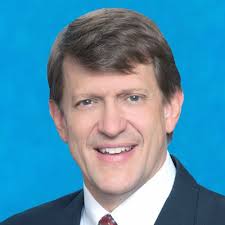 In short, Marshall is the founder and President/CEO of BlueWave. With a lifetime of experience in Security, former owner of Clark Security Products – the largest distributor of locks in the country, Marshall could sell physical keys to the Cloud. For BlueWave his duties are enumerable. On some days he is knee deep in accounting, on others he packs boxes alongside our production team. His passion for growing the business is matched only by his spontaneous dance moves, which he often adds at the end of a particularly enthusiastic monologue. The consummate leader, Marshall makes sure to show his face and lend his hand in every aspect of the business.[more]

Perhaps leadership is in is blood. As a former member of the Princeton University Football Team, a father to three successful children, and a San Diego Port Commissioner, Marshall relishes the tough decisions, and makes them with finesse and compassion. He has funded 8 entities and 2 non-profits, including a television graphic company that was integral in creating the glowing hockey puck and the yellow first down line as well as the private prep school, Pacific Ridge.
Through principled dedication to the community of San Diego, entrepreneurial business endeavors, and a commitment to helping the underdog, Marshall has become a stalwart in the industry and the City of San Diego. [less] 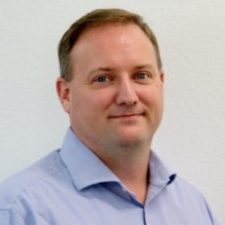 As our Director of Product Development, James gets to play with all our products, test them, make sure they meet our standards, install them, uninstall them, tinker, fix, improve and innovate. James has over 20 years in the security industry, including co-founding Luxon Video and a background as a Master Locksmith. He’s well versed in all things security and has even taught college courses on door locking hardware, IP based security and access control. [more]

He is also BlueWave’s lead instructor, training thousands of industry fold these past 10 years. James understands both hardware and software, and can lend his expertise to both. Among many things, for BlueWave James has led the charge to combine our access control and video offerings into a unified platform – a huge step forward in terms of convenience and overall usability!
Outside of the security realm, James’ is a man of many interests. He is a natural born fixer, applying his mechanical skills to fix everything, mostly cars. Along with his affinity for engines and horsepower, James is a collector of whiskey. [less] 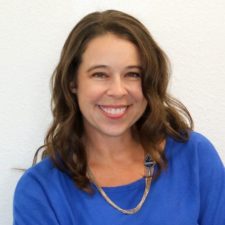 All things “tech” run through Natalie, BlueWave’s Director of Engineering. Along with her team, Natalie is primarily responsible for building and improving our suite of software and hardware solutions. In addition, she develops new features and functionality into our management interface and assists our Technical Support team. With BlueWave for ten years, Natalie’s contributions have been a vital part in our success. Before the security industry, Natalie applied her computer engineering skills with companies that specialize in memory testing, schedule optimization and process control automation. [more]

Born and raised in Texas, Natalie grew up dancing at half-time under the Friday night lights and scooting her boots to George Strait. For college, she stuck close to her roots and obtained a Bachelors in Computer Engineering from Texas A&M, and a Masters in Computer Science from the University of Texas. Away from work, Natalie loves to read, explore the world through photography and get out on Lake Travis with her husband and two sons as much as possible. Rumor has it she’s an impressive wakesurfer.
Ever the brainiac, Natalie says if she could have a drink with one person, living or not, it would be Katherine Johnson – the infamous female mathematician who was integral in sending the first manned flights into space! Johnson’s work also helped establish confidence in digital computing technology – a confidence we rely on daily.
That would be some interesting barstool chat! [less] 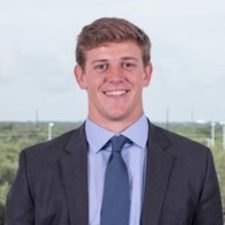 As Director of Sales for the past two years, Jack’s focus has been to expand new business, grow existing accounts and build our internal sales team. With two new hires and a brand new office in downtown Austin, TX, they are off and running driving the BlueWave engine. Jack previously worked in software sales at Oracle where he built a successful track record of building revenue for the company. Jack marries new school selling with old school tactics and it works!  [more]

He’s mirrored that success at BlueWave, dramatically increasing our sales. Jack credits his success to the relationships he’s built with installers and integrators across the country. Giving time and support to the folks that do the hard part, the manual labor, is the secret sauce, and Jack has put in his time on the road reaching every corner of the country.An SMU graduate, and Captain of the Mustangs Texas championship lacrosse team, Jack is a proven team leader. When Jack is not juggling phone calls or managing site-walks, he loves to run, bike, and swim. In 2018, Jack competed in and finished the Woodlands TX Ironman. And, after some much earned time on the couch, Jack is back on his bike, preparing for his next half marathon in May 2020. [less] 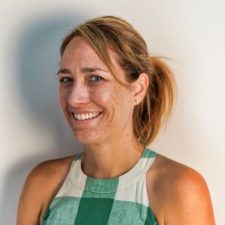 As our Director of Marketing, Erin develops long term marketing strategies, materials, messaging, and outreach to support the growth and expansion of BlueWave Security. She draws on over 10 years of experience in the security industry and her Bachelors in Communications from Santa Clara University to effectively relay Bluewave’s mission and disruptive position in the industry. Prior to joining the BlueWave team, she was a founding member of a high end security integrator that designed and developed custom sensor solutions for government agencies, police departments, special operations teams and branches of the military. [more]

When she is not busy telling the BlueWave story, you can find Erin on the soccer field. A lifelong competitive soccer player, Erin also cheers on her two soccer-playing sons from the sidelines. In addition, Erin loves to travel, especially to Hawaii. [less]

You have Successfully Subscribed!